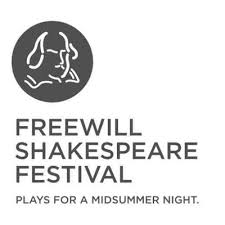 The idea that all our choices are predetermined, and thus not really choices at all, has acquired currency from recent psychological experiments demonstrating that the conscious experience of the choice to move one of one's body parts follows the neurological reaction that initiates the motion (https://www.psychologytoday.com/us/blog/neuraptitude/201608/illusion-choice-the-myth-free-will). In other words, scientists found that before their subjects were aware of having decided to move, something in the subjects' brains had begun preparing for the movement. This is creepy, suggesting that we are robots controlled by somebody or even by nobody (although the experiment doesn't actually prove we are robots. More on this below). Video games have given us, and Netflix, a lively and novel metaphor to express the vision of a reality in which, feeling free, we are actually mysteriously monitored PAC-men and Ms. PAC-men, with the PAC standing (as that Black Mirror episode suggests) for "Program-and-Control." This techy way of thinking is newish.
And yet! You have doubtless anticipated my pointing out that the idea that our freedom is illusory, and our actions dictated by a mysterious Power, is at least as old as Ancient Greek tragedy (that would be 2,400 years old). Ask Oedipus. Nearly two thousand years after the century of Aeschylus and Sophocles, during the Protestant Reformation, Jean Calvin came along and argued the grim doctrine of predestination, which stipulated that one's eternal soul was either "elect" and heaven-bound, or slated for the bad place. So humans have never needed modern technology and neurology to express their sense that we are perhaps controlled in a way that may not be pleasant.

Shakespeare incorporated everything he read or thought about into his drama -- or if he didn't, his mind must have been crowded indeed -- and so, in his plays, we can find both Oedipus and Calvin. "Like flies to wanton boys are we to the gods," laments the blinded Gloucester in King Lear. "They kill us for their sport." The Cain-like, fratricidal Claudius in Hamlet attempts to repent in prayer for his misdeeds, but finds he "cannot." He is the Calvinist reprobate, caught in sin. Hamlet himself comes to realize that there's "a divinity that shapes our ends, rough-hew them how we will." In other words, no matter how much we hack at the wood of our life, Providence, working through us, is giving us a shape.

In all three of these examples, characters experience or imagine, not a physiological process, but a supernatural power -- gods, the devil, or God -- overriding their own wills. These ideas were conventional in Shakespeare's time, and indeed long before it. But Shakespeare also introduces into some of his plays a suggestion of "action-control" that is more secular, and in fact, a bit like Black Mirror's. In some of his plays, we see characters express the sense of being caught in a story that they cannot escape -- indeed, a sense that their stories have already been told, or scripted, by history, or by Someone, and that they can do nothing but play their assigned parts, in front of a shadowy audience.

One such figure is The Merchant of Venice's Antonio, who at the start of the play is depressed for no apparent cause. His friends are baffled by his melancholy, but he isn't. He says the world's "a stage where every man must play a part, / And I a sad one." In other words, "I'm sad because I'm the sad guy," or, as a twentieth-century cartoon character says, "I'm just drawn that way." But the Shakespeare character who expresses most clearly the sense of being a dupe in a play is King Henry IV. Sleepless, he wanders his bedchamber wondering what man, given the chance to "read the book of fate," "viewing his progress through, / What perils past, what crosses to ensue," would not "shut the book, and sit him down to die." His counselor Warwick tells him, "There is a history in all men's lives . . . The which observ'd, a man may prophesy, / With a near aim, of the main chance of things / As yet not come to life, who in their seeds" await "the hatch and brood of time." Warwick's metaphor comes from physical nature. He's akin to the biologist and the neurologist. But King Henry's metaphor comes from art. He knows he's a character written in a book -- a history book, and now a play-book -- by an author who has scripted every single one of his words and actions. And he can't do a thing about it! Borges, the twentieth-century Argentine author, wrote several stories, essays, and poems suggesting that certain historical events had only occurred in the first place so that later, Shakespeare could put them in a play. "I killed my king so Shakespeare might write his tragedy," says Macbeth, in a Borges poem.

Borges had it right. Shakespeare is in fact controlling us. Why else do we continually discover that contemporary episodes of Netflix were predicted by Henry IV, part 2, or that contemporary presidents were predicted by Richard III and Macbeth? Why is there a Shakespeare quotation -- often only a Shakespeare quotation -- that can accurately describe any human experience or any situation occurring in any time or any place? Gender dysmorphia (see most of the comedies), the progress of tyranny (see most of the tragedies), the nature and effects of sexual harassment (see Measure for Measure), xenophobic nativism (see Shakespeare's addition to Sir Thomas More) -- Shakespeare has invented these things, and also, as Borges says, "many things that we cannot even imagine today, but that will be able to put an end to men and their wondrous, fragile life." But who invented Shakespeare? For Shakespeare himself had the genius to see that he, like the rest of us, were dreams of a larger Author. "We are such things as dreams are made on," says Prospero in The Tempest. The last phrase of this, Shakespeare's last singly written play, is the request, "set me free." Free Will!

What did Shakespeare think "free" meant? Dead? Possibly. But there was more to it. All his plays suggest, paradoxically, a belief that despite their fixed fates, people have free will. His characters are trapped in scripts, and yet, stoically, they choose attitudes to take towards the conditions that they cannot change. "Are these things then necessities?," says Henry IV. "Then let us meet them like necessities." Hamlet says "let it be" (which is an example of Shakespeare creating a future Beatles lyric). Even Macbeth, who realizes, in the end, that he's been manipulated by supernatural powers that do not have his best interests at heart, says, "Bring it on!," or words to that effect. What he actually says is, "Why should I play the Roman fool, and die on my own sword? Whilst I see lives, the gashes do better on them!" That means, "I won't stab myself. Instead, I'll stab those guys who are trying to stab me!" Macbeth knows he's doomed, and possibly damned, but he goes out swinging.

What would Shakespeare have made of the scientific finding, referred to above, that the brain chemically readies itself for an action prior to a human's conscious experience of deciding to act? I'm sure he would have marveled at the technology, then shrugged. Shakespeare would have been highly suspicious of the no-freedom "evidence": some lights on a screen, followed by self-reporting about when the subject experienced choice-making. Lights on a screen can be theater magic, and as for human judgment, well, Othello shows us how faulty that can be. Even if it had been proven to Shakespeare that the images on a screen were a true interactive brain-map (fascinating!), and that this map showed a time gap between the choice made by the body -- what he might have called the "machine" -- and the deliberate will exercised by the mind or soul, still, he would have posed at least one question.* Might the visual chemical effect the experimenters (or wizards) saw as the neurological origins of an action simply be the brain imagining the act, leaving the commission of it open to choice? And even if the answer to this question were proven to be "no," and Shakespeare were finally persuaded that the physical brain begins to choose before the human spirit does, this finding might not have rocked his Jacobean universe. Why? Because Shakespeare (like Milton after him) would likely have seen this temporal puzzle as one more way God, who has foreknowledge of everything, and exists out of time, leaves his or her stamp on nature.** Shakespeare saw time as part of human experience, while eternity was part of God's. If God knows what we're going to do before we do, why wouldn't she or he give us a brain that prepares us for the decision he or she knows we will make? God gave us a body to do stuff with, after all. "In thy book all my members were written" (Psalm 139:16). And "foreknowledge" is not "influence" (see Paradise Lost, Book 3).

So, neurologists, geneticists, NPR-listeners, gamers, Black Mirror watchers, and everyone else, read your early moderns, revere your sub-creator Shakespeare, make free and independent choices, trust that someone besides Facebook is watching us, and try to believe that it's someone who, unlike Mark Zuckerberg, has our best interests at heart. Also, Happy New Year!

*Shakespeare appeared to me in a dream and told me all this.
**Milton was sure God was male. Shakespeare wasn't so sure of this.