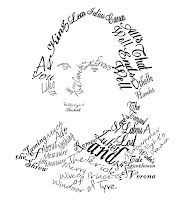 For the past forty years I've been trying to become fluent in Spanish. (I'm slow.) One of the tricky things about Spanish, and, I assume, other Romance languages, is that many of the cognates -- the words that look similar and have the same Latin origins -- do not have identical meanings. These kinds of words are called "false friends," because you think they're your friends, and they're not. You think you can just say "deceptionante" to mean "deceptive." But "deceptionante" is deceiving, and also disappointing, which is how  you will find life after you misuse the word in front of someone who knows Spanish, because it means "disappointing." You'll also be embarrassed, but don't say you feel "embarajada," because that means "pregnant." (Talk about embarrassing.)  You can't just say what you mean in Spanish by sticking an "a" or an "o" on the end of a English word, or by pronouncing a word with an "-ion" suffix the Spanish way. Okay, sometimes you can, but not as often as you might hope. "Es raro" in Spanish does not mean "It's rare." It means "It's strange." I tell you, these Spaniards have a different word for everything.

But here's what's really strange (or raro). It's when you read Shakespeare and you gradually realize that the English words in front of you don't mean what you think they mean. Many English words of four centuries ago are false friends, too.

In fact, this factor is overwhelmingly the biggest barrier to understanding Shakespeare's English in the twenty-first century. It's not that his characters often say "thee" and "thou" and "thine." It's not that they use archaic terms like "hither"

Read more »
Posted by Grace Tiffany at 5:59 AM No comments: