"A Wrinkle in Time" Minus Shakespeare 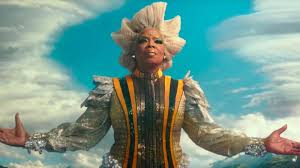 I can't say Ava DuVernay's film version of A Wrinkle in Time, Madeline L'Engle's famous children's space-travel novel, is a bad movie, because it isn't. Its plot is engaging, its actors are skilled, and its visual effects only seem lacking to a viewer who cares more about spectacle than story. And not only does DuVernay get some things about the much-loved tale right, she does the original author one better in a couple of particulars.

However, by the end of the film, a true Wrinkle-lover must conclude that DuVernay didn't understand the book. And since all roads lead to Shakespeare (at least, on this blog), I will say that this director's failure coherently to express L'Engle's central theme is tied to her erasure of Shakespeare. Specifically, she cuts the allusions to Shakespeare's Tempest with which, in the last third of her book, L'Engle clarified her heroes' dilemma.

But let's start with the praise. (Warning: spoilers ahead.) Although the film has received some criticism for clunky special effects, it is in fact lovely to watch, full of color not only in its alien-planet scenes -- which feature, among other things, a green

Read more »
Posted by Grace Tiffany at 6:22 PM No comments: 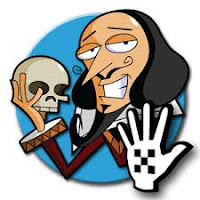 Read more »
Posted by Grace Tiffany at 6:23 AM No comments: