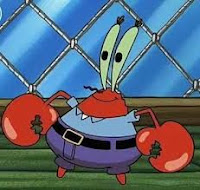 1. "O, o, o, o" is what Hamlet says, or groans, as he lies dying. The problem is, he only says this in the 1623 Folio version of the play and not in the original quarto of 1604. In the quarto, he ends more succinctly with the pithy "The rest is silence." To most editors, not to mention directors, it has seemed appropriate that Hamlet shut up and die immediately after that sentence, but some editions and productions do include the infamous "O-groans."

2. In The Taming of the Shrew, when exuberant groom Petruccio takes his bride Kate back to his country manor, he mentions someone named "cousin Ferdinand" whom Kate is supposed to "kiss." But Ferdinand never appears. I only know of one production of this play which actually included a spooky, silent "cousin Ferdinand" who seemed to be kept as a kind of prisoner in Petruccio's house. This was a Canadian production, and Colm Feore played Ferdinand. This is beyond awesome.

3. Late in Julius Caesar, at Philippi, Brutus seems extremely well informed about the death of his wife Portia, who, despairing of her husband's absence, "swallow'd fire." (Ouch!) He tells Cassius all about it, which is strange, because it's not until 25 lines later that the messenger comes in with the news: "she is dead." Brutus should then say, "Yeah, I already knew that. I was just telling Cassius about it. She swallowed fire, right?" But all he says is, "Why, farewell, Portia." Very suspicious. (By the way, Shakespeare's rival playwright Ben Jonson thought this was very sloppy scene construction.)

4. When Mistress Quickly comically-poignantly describes the death of Falstaff in Henry V, she says the fat knight's "nose was as sharp as a pen, and 'a Table of green fields." What? I think I got the nose part -- the angular shape an aged face takes as its skin lies close to the bones -- but what's a table of green fields? Since Mistress Quickly (who often gets words wrong) also says Falstaff is trying to pray on his deathbed, so he's perhaps thinking (at long last) of the God who lays his sheep down in green pastures, ingenious early editors decided "Table" was a printer's error for "talked." The famous eighteenth-century editor Theobald came up with "babbled of green fields," which nearly all subsequent editors have accepted.

5. The Taming of the Shrew is actually a play within a play, performed for a drunken tinker named Christopher Sly. In the first two scenes of the play, Sly passes out, is taken home for a joke by a sportive lord, and is allowed to wake up in the lord's fancy bedroom and convinced that it is his own. The lord has his household players perform the play of Kate and Petruccio for Sly. But Sly only speaks one more time (from the lord's bed, where he's watching), and at the end of the play, the script does not return us to him. The play simply ends with the wedding party of Kate, Petruccio, Kate's sister Bianca, and her husband Lucentio. Approximately eight billion scholarly articles have been written about this interesting problem. The eighteenth-century poet Alexander Pope decided simply to write a new ending for the play wherein Sly wakes up and decides to go home and tame his own wife. But most people prefer the original, strangely open-ended conclusion to act five.

6. In act four of Hamlet, Hamlet sees the Norwegian prince Fortinbras leading an army across the stage to fight for what one of Fortinbras' captains describes as a worthless piece of ground. Hamlet then speaks of Fortinbras with a mixture of contempt and admiration, as he thinks what a worthless piece of garbage he himself is because he can't bring himself to act on his dead dad's behalf and kill his treacherous uncle Claudius. He muses, "Rightly to be great is not to stir without great argument, but greatly to find quarrel in a straw, when honor's at the stake." Many editors think Shakespeare must have meant Hamlet to say that it's great to run out and start a war or kill somebody even if you don't have a "great argument" -- in other words, not to overthink the matter -- and that the line should say "Rightly to be great is not NOT to stir without great argument." I disagree. Hamlet thinks Fortinbras is debasing himself and misdirecting his energies by fighting over a worthless piece of land. Rightly to be great is not to bestir oneself for such a minor cause, but to be quick to quarrel in an honorable cause, like Hamlet's own. The line is correct as it stands.

7. In The Tempest, the shipwrecked prince Ferdinand reports to Miranda that all the other noblemen on his ship were drowned, including the "Duke of Milan / and his brave son." He's wrong because none of them drowned, and he's wrong in calling Prospero's usurping brother Antonio the Duke of Milan, but he also seems to be wrong in thinking that either duke -- that is, true duke Prospero or false duke Antonio -- has a son. This son just never shows up in the play. Come to think of it, maybe he did drown.

8.The four young lovers in A Midsummer Night's Dream spend a very long night in the Athenian wood. It's so long that when they wake up, it turns out that three nights have passed, since on the day they disappeared it was supposed to be four days and three nights until Mayday, and on the day they wake up it is Mayday. This is all the stranger because of the fact that summer nights are short, not long. And also, it's not even summer, it's the end of April. Shakespeare was just crazy.

9. Ah, the Third Murderer! Directors love to play with this one. Macbeth devotes a whole scene to Macbeth's dialogue with two murderers (they are named First Murderer and Second Murderer), in which he charges them to murder (or murther, if you prefer) Macbeth's enemies Banquo and Fleance. But when the murder scene arrives, not two but three murderers show up. Third Murderer is asked what he's doing there, and he just says that Macbeth sent him. Weird! Directors sometimes make the Third Murderer one of the witches, or Lady Macbeth, or even Macbeth himself, just coming to check on his employees.

10. I would feel sorry for anyone who actually married Othello's Cassio, seeing the way he treats his girlfriend Bianca. But Iago's early reference to Cassio as "a fellow almost damn'd in a fair wife" is doubly inexplicable, first because nowhere else in the play is there any reference to a prior marriage or even betrothal on Cassio's part, and second because it's not clear what it would mean to be "damn'd in a fair wife." But it cannot be denied that Iago says this, in nearly perfect iambic pentameter.

How did you score? ZERO: You are a regular person. ONE THROUGH THREE: I off-cap to your knowledge of Shakespeare. FOUR THROUGH SEVEN: You're a Shakespeare professor. EIGHT OR NINE: You cheated. TEN: You are Sir Laurence Olivier.
Posted by Grace Tiffany at 6:01 AM