To get older, which means to live, is to be increasingly beset by nostalgia. It's easier for kids, whose lives are constantly pushing them forward into new experiences -- from middle- to high-school classes and social life, from challenge to public challenge in the areas of sports, or art, or intellectual endeavor. These changes distract them from the things they're leaving behind. They also really don't have that much behind them yet. This is why it seems odd to my Shakespeare students that Prospero asks his fifteen-year-old daughter to look into the "dark backward and abysm of time" to recall her toddler-hood. "That was only twelve years ago!," they say. I shrug. "Well, it's all the time she's ever known. It probably seems like an abysm to her."

Part of the reason I can see Miranda's twelve years as an abysm (I believe Shakespeare invented that word) is that I myself have been nostalgic since I was old enough to have a memory. When I was three I missed being two. I never wanted to get one minute older than I was, not at ten, not at eight, not at seven. I always knew that being a kid was better than anything to follow. It was a no-brainer. I remember Miss Bender, my third-grade teacher in Bronxville, New York, singing us the song about childhood from Babes in Toyland: "For once you pass those golden gates, you can never return again!" I think the whole class started to cry,
anticipating our coming lifetimes of nostalgia for boyhood and girlhood. We were already looking back at ourselves.

So there is a childish nostalgia, and it can be powerful and sad. But there's a heavier, constant quality to the nostalgia that comes from being settled -- in a job, in a marriage, in a house -- at a time in your life when you are not frequently changing residences, changing partners, changing jobs, losing friends and making new ones. There you are, blowing dust off old photographs, looking backward into the abysm. I'll never forget my visit to the "Seventies Room" of the Gerald Ford Museum in Grand Rapids, Michigan. There were lava lamps and eight-track Moody Blues tapes and old commercials playing on old TVs, and every moment I thought my mom was about to knock on the door and ask me why there was a towel stuffed under it, and whether Kathy and I were burning something. (We were.) It was an experience of intense nostalgia, and now I'm nostalgic about my visit to the museum. But really, underneath it all, I'm nostalgic for the time when my mom was around to knock on the door.

I think nostalgia drives people who are middle-aged and older, in ways we sometimes don't recognize. Why do so many people's votes turn conservative as they age? Nostalgia. Why do people hate robots? Nostalgia. A friend of mine and I often talk about how much we despise the Internet, I-phones, CCTV, Facebook, Twitter, and the general e-culture of surveillance. We participate in it, but we hate it all the same. We miss the time when people weren't always snapping pictures of everything ("Mom, why do they say 'snapping' pictures?"). We miss the time when folks wrote letters, and when, if you wanted to talk to your best friend, you either called on the phone or went over to her house, which you couldn't do after a certain hour of night, unless you sneaked out the window of your room, being careful to creep silently and to land on the bricks around the basement window well so you didn't fall in and suffer a nasty scrape. What we miss is ourselves as young people. In fact, I'm so nostalgic that I miss my parents' youth. And I really miss the 1940s and 1950s, when men wore fedoras to work. I am just old enough to remember all the men in hats crowding the platform for the commuter train to Grand Central Station. Then, sometime in the 60s, the hats went into the closet or off to Goodwill.

What does this have to do with Shakespeare?

When to the sessions of sweet silent thought
I summon up remembrance of things past,
I sigh the lack of many a thing I sought,
And with old woes new wail my dear time's waste . . . .

Does it get less depressing? It does not.

Then can I drown an eye, unused to flow,
For precious friends hid in death's dateless night,
And weep afresh love's long since cancelled woe,
And moan the expense of many a vanished sight . . . .


Then can I grieve at grievances foregone,
And heavily from woe to woe tell o'er
The sad account of fore-bemoaned moan,
Which I new pay as if not paid before.

After all this melancholy, the last two lines seem inadequate to turn the tide.


But if the while I think on thee, dear friend,
All losses are restor'd and sorrows end.

Hmm. I don't believe it. I think you'll continue wailing. Anyway, the friend has already left. We can't be supposed to take the first twelve lines of weeping all that seriously. "[F]rom woe to woe," paying out the "sad account of fore-bemoaned moan . . . ." The speaker notices the pointless, stagnant tedium of it all.

And in this way, Sonnet 30 is like some of Shakespeare's plays, which exhibit a certain skepticism towards nostalgia's claims. In the plays, Shakespeare places nostalgic utterances in the mouths of old men who complain that everything has gone to hell since they were young, which is what old folks have always said, and we really should take it with a grain of salt. Lafew in All's Well that Ends Well, Don Leonato in Much Ado about Nothing, and Old Adam in As You Like It all lament the time when men were men and courtesy had not (in Beatrice's words) "turned into compliment" -- that is, when men were concerned with valiant behavior instead of with clothes, and when noble deeds matched noble words. Yeah, yeah, yeah, it was way better back then, in the fairytale time when middle-class upstarts knew their places and knights slew dragons. Of course, two of the above-mentioned plays feature heroic young men (Orlando, who fights a lion, and Benedick, who defends a slandered woman) and two feature elderly men whose behavior is as sketchy as that of the youngsters they condemn. Leonato fails to defend his daughter at a crucial moment, and Lafew is, in the words of one of my students, "a dirty old man." (That's a little bit harsh, but basically true.) So it doesn't seem that the passage of time is at fault. Some people behave well and some don't, same as always.

This, in Shakespeare, is comic nostalgia: a reverence for the past which is happily challenged by the events of the present. At the end of all three of the above-named plays, all the old men are happy and dancing because the young men aren't as bad as they seemed, or got better, or apologized.

Tragic Shakespearean nostalgia is different, and scarier, and more destructive. It involves sex.

We see tragic nostalgia in Othello. Othello has long lived as a man's man, a soldier, whose home is the battle camp. When finally he weds, he proves incapable of advancing into what Shakespeare consistently presents in all comedies and romances as the mature stage of life, the true man's estate: marriage. He elopes with Desdemona, but at the first whisper of doubt about her character, rather than defending her and his new relationship, he reverts to nostalgic fantasy. "Why did I marry?," he complains. He sides with his buddy, Iago, who shows disrespect for all women. He misses, of all things, the battlefield. He wishes he could exchange Desdemona for a horse. "Farewell the neighing steed and the shrill trump!" The new world of wedded life is scarier than the brotherly camaraderie found in war. He kills his wife out of nostalgia.

This almost happens to Leontes in The Winter's Tale, one of Shakespeare's last plays. In fact, it does happen, but, unlike Othello, Leontes is given a second chance to grow up. The first half of this play is tragic. In the first scene, Leontes' friend Polixenes looks back on their boyhood nostalgically, seeing it as a kind of lost Eden. "We were as twinn'd lambs that did frisk i'th' sun." What ended that happy time? Sex. Their early innocence was compromised when he met his wife, and when Hermione "cross'd the eyes" of Leontes. Polixenes makes this claim playfully, but immediately, and tragically, it gains the ring of truth. Leontes, thinking he sees his boyhood friend flirting with his wife, is plunged into frenzied jealousy, schemes to murder him (though he escapes), sentences his and his wife's newborn child to death (on suspicion of bastardy), and tries her for treason. She dies of shock.

Leontes proves unable unable to deal reasonably with the fear and terror provoked by the cross, or the crossing, between two intimate relationships -- that with his closest boyhood friend and that with his wife. His failure is so colossal and dramatically exaggerated that it seems like a devastating illness. He even calls it a sickness: "I have tremor cordis on me." But he can't get out of it that way. He must pay for his deadly tantrum. His whole family is lost.

Yet, in this case, time heals. Rather than destroy, distance, and alienate, time in The Winter's Tale's last two acts renews and repairs shattered hearts, and provides miraculous, loving reunions of the kind that -- perhaps -- only art can provide. Leontes spends sixteen years repenting, at the end of which, his Hermione is shown to be still -- or again? -- alive, and ready to forgive him. Her wordless embrace of her erring husband is one of the most moving scenes in Shakespeare. But what happens next is even better. Their child, Perdita, has also miraculously survived. She has lived without a mother for sixteen years. Now Hermione turns and blesses her. "You gods, look down / And from your sacred vials pour your graces / Upon my daughter's head!" Parental blessings were serious business in Jacobean England, and this maternal blessing, so long withheld, is too holy for any response. Perdita can only kneel in tearful wonder.

"We are mocked with art," Leontes says, looking at the "statue" of Hermione that turns out to be her living body. Some scholars take Leontes' line as Shakespeare's skeptical comment on the whole proceeding. His play, a work of art, mocks us, the audience, by pretending that those we so painfully miss can come back to life and forgive us. Maybe. But that's not all the scene means. Leontes feels the stone of Hermione's statue "rebuke" him "for being more stone than it." The stone that starts to pulse with life suggests the stubborn heart in its softening. Of course, time can always stiffen us. Our nostalgia can turn into permanent, sour indignation that things are not as they once were. But time can work backwards, too -- can "make, and unfold error," as Shakespeare says in The Winter's Tale. Time and memory sometimes change people for the better, just as they change Leontes. As scholar John Cox says, the real Shakespearean miracle is "human moral improvement." Yes, anger can calcify, but it can also give way to compassion. The stone can move.

This is Shakespeare's metaphor for love. But it's an image he borrowed from a much older story. 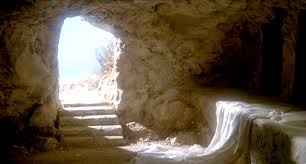 Posted by Grace Tiffany at 6:14 AM