What are the best adaptations of Shakespeare to fiction, film, poem, opera, or what you will? If you're reading this post, you'll have to settle for my largely arbitrary and probably temporary favorites. The usual thing in these lists is to pick the ten best. But my list is better, because I've chosen eleven. That's right, this goes to eleven. Look, read, watch, listen, and tell me what you think. 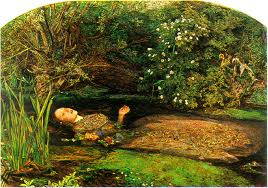 Justly famous, and often pictured in editions of the play, Millais' painting translates Gertrude's suspiciously detailed description of Ophelia's suicidal plunge and drift into an image as peaceful as the queen's speech. Ophelia captures Ophelia's haplessness and her helplessness, as well as Gertrude's dreamy beautification of the last moments before she drowns. Millais realized in a visual medium the queen's curious suggestion that self-slaughter can be pretty. The painting's hanging in the Tate.

In case you're sick of Hamlet, here's more Hamlet.

Best "Hamlet"-Based Novel in which Ophelia Barks: There are so many, many, choices in this category, but here is mine today. 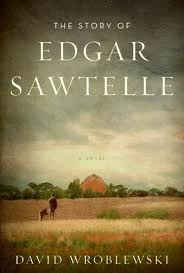 David Wroblewski's Edgar Sawtelle is a highly original, well-told tale of a deaf-mute boy who raises hounds. Like Hamlet, he can't speak his dark secrets to anyone but us, and his friends and family members only partly know him. Ophelia? She's a dog. Don't laugh. In this book, the domestic situation is appropriately sinister, the account of the dog-breeding enterprise imaginative, and -- and this from someone who's almost as far from being a dog person as you could possibly get -- the description of dog-Ophelia's death intensely moving. No stage depiction of mad Ophelia (or rendition of Gertrude's speech) that I've experienced has come close to it for poignancy.

Best Ballet Based on a Shakespeare Play: Prokofiev's Romeo and Juliet. 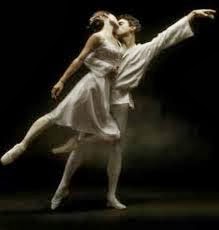 Created in Russia in the 1930s, this ballet was first pronounced too difficult to be danceable, but was brought to the stage in 1940 and later achieved fame worldwide, especially in America, where Rudolf Nureyev and Margot Fonteyn performed as principals. Need I say more? I won't.

I know about some of these classic comics (from the 1930s, a great decade for Shakespeare) thanks to my friend Mike Jensen, who has written extensively about Shakespeare in the comic-strip world. (I don't mean Mike has been in the comic strip world, writing about Shakespeare, though that would have been interesting.) In the Alley Oop strips, Hamlin seriously dramatized the play (with funny-toothed characters), but had Shakespeare pop in meta-comically now and then to lash the ink-drawn characters with Elizabethan insults. Calvin and Hobbes do Shakespeare occasionally, but not with as much knowledge and sustained commitment as Alley Oop. 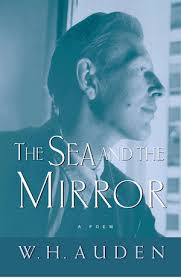 In this category the number of candidates is truly overwhelming. They include, for me, Borges's haunting short poem, "Macbeth": "Our acts perform his endless destiny. / I killed my king so Shakespeare / could plot his tragedy." That's Borges' whole poem. Also forward in the field is Edwin Morgan's beautiful "Instructions to an Actor," forty-five lines addressed to a boy playing Hermione's statue in The Winter's Tale. ("You move, you step down, down from the pedestal" -- I'm verklempt.) But my favorite Shakespeare poem is Auden's. It's one of a series of verse and prose meditations based on The Tempest, called, collectively, The Sea and the Mirror. Like Prospero, and perhaps like Shakespeare himself as he neared his end, in "Prospero to Ariel" Auden uses poetry, that "unfeeling god," against itself. Regretfully, heartbrokenly, and heartbreakingly, he forswears art, a magic mirror that "changes nothing," as he'd famously claimed elsewhere. If you don't agree with that judgment (and I don't), still, the poem, enchanting to disenchant, compels you to defend what you think, and makes you understand why, at the end of The Tempest, Prospero apologizes to the audience.

Best Play Based on a Shakespeare Play: Une Tempete, by Aime Cesaire. 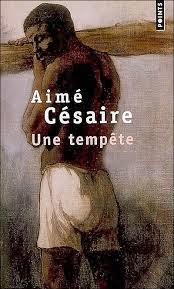 (Sorry, my blog program doesn't let me make accents or other diacritical marks. That title and author's name deserved a few.) By now, post-colonialist, Euro-critical productions and adaptations of The Tempest are old hat, but they weren't when Cesaire wrote his funny, confrontational play in Martinique in 1969. Someone had to present Prospero as a heavy-handed white master, Ariel as a Creole attempting to ingratiate himself with white power and succeed in Prospero's world, and Caliban as a rebellious, dark-skinned worshipper of native voodoo gods. Once was probably enough, but someone had to do it.

Best Opera Based on a Shakespeare Play: Rossini's Otello. 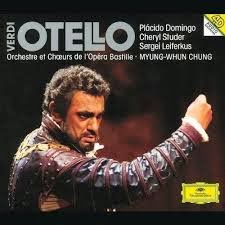 What do I know from opera? Not much. I do know that the tan-face and funny hair are or should be a little embarrassing, and it might be argued that white tenors like Placido Domingo should not be cast in the role of Otello in Verdi's version, which was based on Rossini's. (I'm just sayin'.) Still, I applaud the great Rossini's choice of Othello as a vehicle for adaptation in 1816, since the language of this play's speeches, Othello's in particular, has long been recognized as the most operatic and most nearly musical in Shakespeare's tragedies. This is one reason why Paul Robeson, an opera singer as well as a Shakespearean actor, was so well suited for the role of Othello in the actual play.

Best Musical Based on a Shakespeare Play: This one! 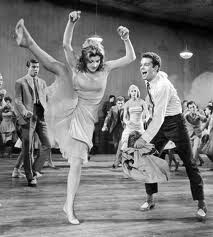 Need you ask? Of course it's West Side Story, the 50s New York City adaptation of Romeo and Juliet. Thank you, Leonard Bernstein, for the music. Thank you, Stephen Sondheim, for "Maria," "Officer Krupke," and "Boy, Boy, Crazy Boy! Keep cool, boy!" Thank you, Jerome Robbins, for the choreography. Thank you, Saturday Night Live, for the parody in which two gangs called the Cobras and the Panthers break out in crazy song and dance numbers instead of fighting, baffling the kid who really wants to rumble. And thank everyone involved for West Side Story's ending.

Best Film Based on a Shakespeare Play: If I were a true film aficionado, I would very likely have chosen, for best film, Akira Kurosawa's Throne of Blood, a brilliant adaptation of Macbeth set in a Japan of centuries past. But I'm more verbally than visually oriented, and do not speak Japanese, so I choose: 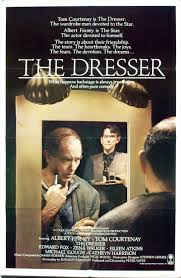 This unusual movie, directed by Peter Yates, dramatizes a performance of King Lear in Coventry during the Blitz. The escalating madness of the lead-actor/manager, played by Albert Finney, is reflected in air-raid sirens blasting and bombs dropping outside the theater, as well as in the role he plays on stage. Tom Courtenay, who received an Oscar for his performance, plays the star's dresser, and is a clear analogue of the play's loyal Fool. Hilarious in some scenes, tragic in others, this 1983 movie is a film for and about actors.

Best Short Story Based on a Shakespeare Play: "In Memoriam, J.F.K.," by Jorge Luis Borges. 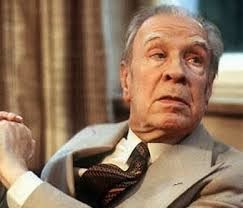 "This bullet is an old one," begins this haunting tale. Starting with a reference to Kennedy's assassination, Borges looks back another century to "the criminal, magical hand of an actor transformed by the words of Shakespeare into . . . Caesar's murderer." This was Brutus, and we know his American name. His killing weapon dates from "the dawn of time"; "it was the stone that Cain hurled at Abel." This story traces murderous violence's eerie, malevolent progress through all human history. And it's only four paragraphs long.

Best Song Based on a Shakespeare Play: 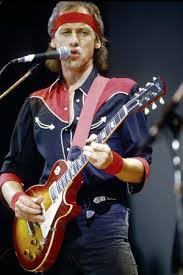 I know this list is getting a little Romeo-and-Juliet heavy, but you must simply accept my word for it; the best song based on a Shakespeare play is Dire Straits's Romeo & Juliet. The lyrics are based on West Side Story as much as on Shakespeare, which only goes to show that beauty, like violence, rolls on. Juliet has rejected her street-singing Romeo in this one. My choice for most brilliant line: "Now you just say, oh, Romeo, yeah, you know, I used to have a scene with him." But the lyric needs the music, so listen, if you want to cry. This first link is to Dire Straits' lovely video of the song (preceded, alas, by an ad, but you can skip it): http://www.youtube.com/watch?v=QkfotbNqQgw. This second link is to Mark Knopfler singing "Romeo & Juliet" on stage, after a beautiful orchestral introduction. http://www.youtube.com/watch?v=o7GJgncybV8