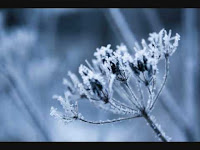 Often when people learn I'm a Shakespeare professor they ask me what my favorite play is. To this the answer varies according to what I'm teaching students at the moment. I do have favorites, but when we're in the middle of discussing, reading (silently and aloud), and watching scenes from a particular Shakespeare play, that play tends to self-maximize in my esteem. Sometimes it's King Lear, sometimes it's The Merchant of Venice or Macbeth. Most often it's Hamlet, probably because I teach Hamlet most often. I had a colleague at the University of New Orleans who taught a three-credit class in Hamlet which lasted a full semester; it probably wasn't enough time. At the same time -- though probably not literally at the same time -- another professor I know of taught a class exclusively
on Henry IV, part one, and I know about it because of the enthusiastic reports of one of my own students who had been in his class. It's hard to think of a Shakespeare play that wouldn't continue almost infinitely to reveal new aspects of meaning, new possibilities for performance, over time. And since those meanings tend to be precise, resonant, and profound, and to have crucially to do with the practical science of living a life amongst other people, it's hard to choose a favorite.

However. If anyone ever asked me to name the most transcendent moment of live Shakespeare theater I had ever experienced, I would respond without hesitation. I would say, the opening moment of the Chicago Shakespeare Theater's performance of The Winter's Tale in the spring of 2003. And an odd thing was, it didn't use a single line of Shakespeare.

For those who don't know, The Winter's Tale is one of Shakespeare's late comedies, and it's a romance, a term not to be confused with "romantic comedy." Shakespeare did write romantic comedies -- great ones -- earlier in his career, and these centered on the hijinks of young lovers trying to outwit stern parents and the amusing fickleness of their own hearts in order to launch loving marriages by the end of the play. A Midsummer Night's Dream, Twelfth Night, Much Ado about Nothing, As You Like It, and even the more somber The Merchant of Venice are romantic comedies. But to seventeenth-century audiences, a romance belonged to a longer, wider, and deeper genre. It portrayed something larger than couples getting together (though it also portrayed that). It was a magical kind of story inherited from the Middle Ages. It followed the perils, misfortunes, heartbreaks, and reunions of heroes and families over generations, and invoked (as does Shakespearean tragedy) the mysterious plots of Providence. The Winter's Tale traces sixteen years in the life of a royal couple, their royal friend, and three offspring. Its plot includes an unjust accusation of treasonous adultery, an attempted murder, sudden deaths, deep grief, attempted infanticide, miraculous survival, the renewal of love, grief and repentance, and, in the end, a hard-won forgiveness. There is no single theme in any Shakespeare play, but one of the most important in The Winter's Tale is the inevitability of humans hurting each other followed by the difficult moral necessity -- but also the joy and wonder -- of forgiveness.

In 2003 I took a group of undergraduate students to see this play, after we'd read and discussed it in class for a couple of weeks, watched (via video) the Royal Shakespeare company perform a scene or two in an older production, and even performed a scene ourselves. We were excited to see how the world-class Chicago company, led by visiting director Michael Bogdanov, would stage the two most sensational scenes of the play: the one involving the famous stage direction "Exit pursued by a bear" and the climactic moment in which a statue comes to life (or does it?). Both of these scenes take place far along in the play, and so we weren't anticipating the most dramatic moment of the production to occur at the very outset.

Here is what happened. The house went dark and silent as the actors took their places. Then stage lights illuminated the cast standing evenly spaced apart on the thrust scaffold and facing various parts of the audience. They were dressed formally, as for an elegant holiday soiree. Then, in beautiful harmony, they suddenly began to sing. They sang to us the English Christmas carol written by Christina Rossetti:

They sang those two verses, the first and the last. That was all. On the last note, the actors turned from the audience and moved into the play's first scene. But those in the audience who knew the play were already struck by wonder. Not only is the music of this carol exceedingly beautiful, the words perfectly fit the story to come -- a tale of the frosty winter of bleak human anger, suspicion, and isolation thawing, eventually, into a story of repentance and reconciliation. It's the tale of a king who thinks he's a wise man, smarter than the rest, who comes to realize he's been the biggest fool of them all. Even the song's reference to shepherds and lambs seemed right, since at the heart of The Winter's Tale's plot is a sheep-shearing festival where the cold pain and tragedy of the first two acts melt into dancing and comedy. Hearts are broken, exchanged, changed, and, finally, humbly surrendered in the last scene of the play. As the Shakespeare critic Caroline Spurgeon once noted, Shakespeare's favorite metaphors are those which allude to the life cycles of organic nature, their seasonal changes. The Winter's Tale is a dramatic work whose whole dialogue and action represent the death and rebirth of the human heart in seasonal terms.

In his book The Shakespeare Wars, the journalist Ron Rosenbaum writes of a 1970 Royal Shakespeare production of A Midsummer Night's Dream, directed by Peter Brook, for which the words "electrifying" and "transporting" are insufficient, and which he counts it "one of the greatest blessings" of his life to have witnessed. He adds, "I'd never experienced anything of such radiant clarity." I might borrow this eloquent sentence to describe my experience of that opening moment of The Winter's Tale, which maybe is, after all, my favorite play. The performance that followed lived up to the standard the players set in those first few minutes, and I remember enough of it that I could say many things about it here, but, interestingly enough, I don't even recall how they managed the exit pursued by a bear, and as for the statue scene, I was seated so high up in the theater that a rafter blocked my view of the statue's face. So in my memory, it's that added opening scene that encapsulates the production and, in fact, concentrates Shakespeare's whole play -- that non-Shakespearean beginning that was, somehow, one of the most Shakespearean things I'd ever seen.

It's strange to celebrate the New Year in the bleak midwinter. In Shakespeare's time folks waited until March 25th, when spring was fairly well launched. Nonetheless, The Winter's Tale shares with us an older calendar by which the darkest, deadliest despair, the coldest night, is the doorway to spring. "My heart is turned to stone; I strike it and it hurts my hand," says tragic Othello, one of the most mistaken Shakespeare characters you will ever encounter. "You'll never never never never break this heart of stone," sang Mick Jagger -- ironically. In The Winter's Tale, Shakespeare turned to Ezekiel, where God says, "I will take away the stony heart . . . and I will give you a heart of flesh." That is what Christina Rossetti was writing about and it's what Shakespeare was writing about, too. To bring these poets' work together in the opening scene of this play was perfect theater. May you all see something as good this year!
Posted by Grace Tiffany at 7:00 AM