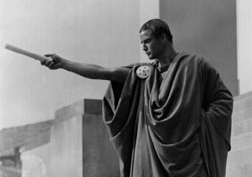 
The mob's expectations were the mob's expectations, and Cruz's speech was Cruz's speech. In comparison to the incendiary public comments typical of Trump, the speech was a model of reason and articulateness. There were (though Cruz is quite capable of them) no insults, no ironic or sarcastic humor, no ad hominem or ad feminem attacks. Cruz appealed to his listeners' respect for agreed-upon American traditions such as democratic debate, the peaceful exchange of opinions, and the exercise of free, individual choice in the legislative and electoral process. He sensibly urged that voters let "principles prevail," presumably over personalities. His speech had structure and coherence, an "admirable dependency of thing on thing," as Shakespeare might say, beginning and ending with praise for one of the Texas policemen lawlessly slain earlier that month in Dallas, and linking all its parts to a basic plea for the national manifestation of the abstract principles of law and order and of more civil forms of disagreement. That the crowd turned on Cruz had nothing to do with verbal manipulation a la Mark Antony. They were just disappointed at Cruz's refusal to endorse their idol, in a forum where lockstep voting has become the convention (small c this time).

I am not a fan of Ted Cruz. I disagree with his positions on the death penalty, and I dislike his obstructionism in Congress. I think his record with regard to the Affordable Care Act reveals him as less respectful in practice of the popular will than his speech last Wednesday would suggest. and I find his ideas for a foreign policy uncharitable. But his speech made sense, and, again, if we are making Caesar comparisons, I'd say the crowd's ultimate disappointment in it was less like the turnaround achieved by Antony in the Roman mob, than like that same mob's ultimate rejection of Brutus's own well-reasoned speech -- which they'd first applauded -- once Antony takes them in hand.

Like the eloquent but prosaic Brutus, who builds a rhetorically balanced, rational case of preferring one's country to its glamorous public figures ("Not that I loved Caesar less, but that I loved Rome more"), Cruz urged the crowd to make deliberate choices based on democratic principles and an understanding of basic civil freedoms. Acknowledging that "conventions are times of excitement," he implicitly argued for a thoughtful, reasoned distancing from the passions of the moment. Similarly, in Julius Caesar, Brutus brings his listeners down a notch from their emotional peak. Temporarily, they buy his thoughtful argument, just as Cruz's listeners initially cheered him.

And then atop the Capitol steps appears Mark Antony, bearing the emotion-inflaming spectacle of Caesar's bloody body, and undoing Brutus's appeal to reason. Antony is overcome by emotion. He must pause to weep during his speech. He masterfully doublespeaks. Even while complaining that "men have lost their reason," he inflames the passions of the crowd, turning them into a mob anxious to tear their adversaries limb from limb.

We could only wish that Donald Trump had Antony's way with words. At least then we'd get a little poetry. Instead, in place of the delicious irony of  "So are they all, all honorable men," from Trump we get crude sarcasm and insults. Like his comment on Lindsey Graham: "Here's a guy -- in the private sector he couldn't get a job. Believe me. Couldn't get a job."  And it is Trump who, Antony-like, stirs up his crowd's extremism with a facetious defense of his opponents (e.g., to a man who called Obama a Muslim: "How dare you? There, I've reprimanded him. Now the press can't be angry.") Antony manipulates the crowd so they believe him. Trump can only rhetorically command, "Believe me!" But then, his listeners already do.

When, during Cruz's concluding remarks, the TV camera (PBS, no less) left him to focus on Trump's grand entrance into the arena, showing America Trump conspicuously applauding not Cruz but the crowd members who had turned away from Cruz to applaud him, ignoring Cruz and abetting the distraction, glorying in the personal attention -- then I realized again what I already knew, which was that the media itself was collaborating in the idolization of Donald Trump. Whatever scorn journalists heap on the man, their medium has not only become the message, they themselves have joined the mob. Like Antony, they know the power of a spectacle. And reason be damned. Shakespeare would be amused . . . but not surprised.

https://twitter.com/GraceTiffany1
Posted by Grace Tiffany at 6:22 AM