Best Names for Bands, Courtesy of the Bard 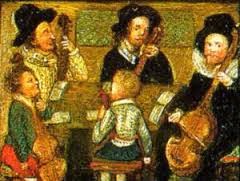 Each year I hold a competition for the students in my Shakespeare seminar. I give a fabulous prize (usually a pack of Hamlet chewing gum; yes, there is such a thing, and worse things) to whoever can come up with the best essay-title that includes a quotation from Shakespeare. The essay itself can be F-quality. I just care about the title. This contest once inspired a paper about Macbeth, whose wife complains that he's "too full of the milk of human kindness," called "Got Milk of Human Kindness?" (Picture an ad showing medieval King Macbeth with a milk-stache.) Then there was my all-time favorite entry, an essay about As You Like It entitled, "When a Boy Playing a Girl Dressed Like a Boy Pretends To Be a Girl, with a Hey Nonny Hey Nonny Nonny Nonny No."
Well. Reflecting on the success of this excellent competition gives me another notion. If essays can take their titles from Shakespeare, why can't bands? Why don't bands? Shakespeare's plays -- not to mention his sonnets -- offer numerous
options. Because I had this idea, and because I have no other ideas today, I am going to rank the ten best Shakespeare-based names for bands that mostly do not yet exist (though I found, to my surprise, that one of them does). Here's the countdown.

10.  DOCTOR SHE
A revamped version of the Go-Gos, "Doctor She" takes its name from a nickname given Helena, the female stalker of All's Well that Ends Well. Helena has a lot of tricks up her sleeve, some of them pharmaceutical (she carries curative prescriptions in her bodice). So do these retro rockers, whose angelic harmonies are underscored by a furious coke-fueled drumbeat. 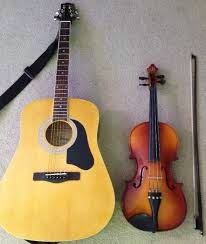 9. THAT TIME OF YEAR
Is it that time of year again? Shakespeare's Sonnet 73 says yes, and makes it melancholy. This married pair, an acoustic duo who play guitar and viola, interweave haunting, slow-paced melodies with exquisite lyrics describing autumnal love, the grief of impending death, and the inevitability of seasonal change.

8. QUICK BRIGHT THINGS
Deft, accessible hip-hop from three Brixton youngsters, a group whose name comes from A Midsummer Night's Dream's Hermia's complaint about the sad fates of true lovers. The West End clubs are already taking note of "QBThings," as the trio's called by its South London fan base. Don't call them a boy band. These guys are sharp-edged. They'll woo you with their swords.

7. EDWARD'S HEIRS
Some folks just can't let the grunge go. These acolytes of Eddie Vedder take their name from Richard III, but invoke Richard's phrase not demoniacally to foreshadow the horrifying deaths of King Edward IV's young sons in the Tower of London, but to signal the rockers' ongoing commitment to a Vedderish ethic of growling vocals, apathetic lyrics, and stripped-down, schleppy stage attire. 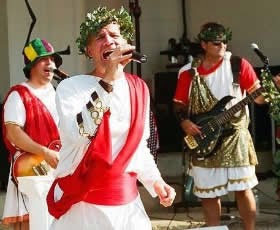 6. MAD HAL AND THE CORINTHIANS
This Christian rock band is well aware that by "Corinthians," the Elizabethans -- and Prince Hal in  Henry IV, part one -- meant
"wild, crazy, dissolute folks in need of the gospel." Their stage attire (wine-stained togas and sandals) forms a wry counterpoint to the faith-based lyrics of songs like "Prodigal Son," "I Will Repent Me," and  "Reformation." 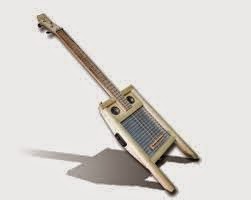 5. COMEDY OF ERRORS
Originally from East Texas, but fast becoming a New Orleans institution,this six-man outfit is half Boozoo Chavis and half Los Lobos. They combine Mexican, Tejano, and zydeco rhythms and feature accordion and an electric washboard.

Welcome to satirical rock in the vein of the late Gil Scott-Heron and
contemporary artists the Rubber Bandits and Rucka Rucka Ali. These dark-clad singers look like Goth Pilgrims but sound like a rapping Tom Lehrer crossed with a laid-back Eminem. Malvolio's all about lyrics. Its minor-keyed songs mock all comers: climate change deniers, climate change enthusiasts, Facebook drones, academics, Obama supporters, Libertarians -- you name 'em, Malvolio despises 'em, and says so, to a strict, angular beat.

3. 'TWAS NOT ('TWAS)
This Detroit band's name comes from Shakespeare's "The Phoenix and Turtle," and the group is proud to carry  on the musical legacy of "Was (Not Was)," the 80s band formed by blues master Don Was. Its searing guitar riffs and songs of doomed, flaming love go down best in the dark, smoke-filled bars of Detroit, where it's still legal to play slide with a cigarette dangling from your lip. 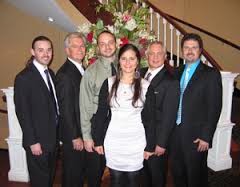 1950s jazz greats Paul Chambers, Roy Haynes, and Phineas Newborn didn't know their album title was a quotation from Twelfth Night's reference to three merry fools pictured on a tavern sign. Neither, I'm guessing, does the actual Pittsburgh-based band "We Three," which offers "an array of music for every occasion. From Weddings to Bar and Bat Mitzvahs; From Corporate Events to Anniversaries; From Birthdays to Galas and every juncture in between . . . everything from soft dinner music to 'Get Out Of Your Seat And Dance' music!" I won't comment at length about their over-enthusiastic capitalizing. They sound okay; you can check them out here: http://www.wethreeband.com. But I must say I count to three differently than this band does.

1. SIR TOBY AND THE LIGHTER PEOPLE

Sir Toby and the Lighter People draw their name from a contemptuous line uttered by Twelfth Night's Malvolio in reference to the play's pranksters, Sir Toby Belch, Feste, Maria, Fabian, and Sir Andrew Aguecheek. In its musical incarnation, Sir Toby is led by Scottish rock veteran Ian Anderson, late of the 70s band Jethro Tull, who, putting aside his salmon fishery, comes out of retirement as "Sir Toby." Once more balancing one-leggedly in front of a mike and sporting an Elizabethan codpiece, Sir Toby toots his flute before a decidedly not light bass and heavy-metal guitar, interspersing his mad wind instrumentation with vague but arresting poetry about we still don't (or would rather not) know what.

Posted by Grace Tiffany at 4:14 AM